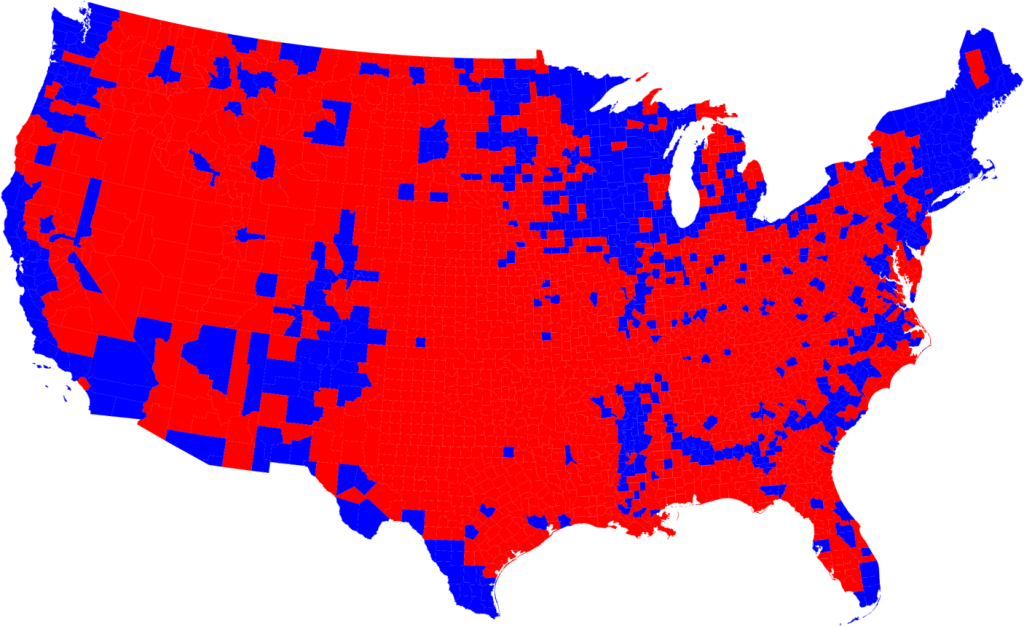 While Obama did much better than Gore or Kerry -- by winning the election, for instance -- it apparently remains the case that Republicans can percolate countywise across the country, i.e. traverse it from coast to coast without passing through a Democratic county. (Source.) Apparently because I don't know if there are roads that stay entirely on the red percolating path. (Otherwise one might have to drive one's SUV through the backyards of bitter gun-clingers.) However, we're just two or three counties away from having a wall of blue down the west coast.
The Congressional-district-wise map is even more tantalizing... one district in eastern Tennessee is all that stands between us and total victory. If I were the DCCC I would pour all my money into winning that seat. (I've marked it in yellow.) Note that percolating into the Gulf does not count. 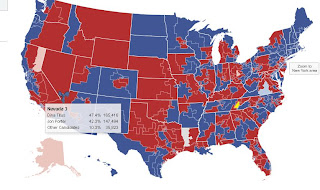 It seems to me that taking Nebraska's 3rd district would put a stop to the GOP's ridiculous percolation claims. Additionally, it would allow Democrats to percolate from Canada to Mexico. Why fuck around with all those little districts in the east when one big district in the west will seal the deal? Admittedly Nebraska's 3rd (the fightin' 3rd) will probably not be an easy win, but then nothing worth doing is easy.

You're quite right; that would be smarter, though probably much more difficult, than the Tennessee district.

Now that I look more closely, there are actually multiple choke points - Wyoming, for instance, and a few back east. So I think what you do is raise a ton of money on this issue and then force the GOP to defend a lot of territory. Get some good creative people doing graphics, ads, etc. (when I think percolation, I think coffee, but I'll leave that to the experts). Run a parallel Spanish-language campaign, and do a lot of viral stuff. Very unfortunate that it's too late to "Percolate in '08!"