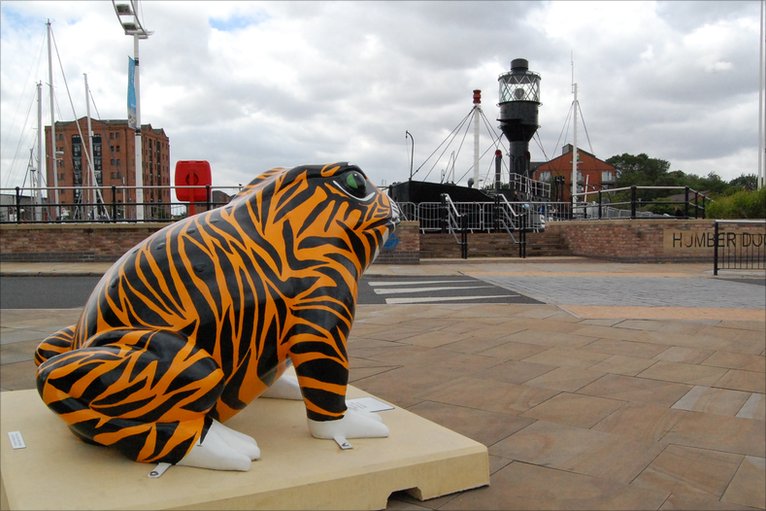 (Further adventures in naming and necessity)


One day last week a man of the name of Hogsflesh, a vender of fish about the streets of Lewes, who, from the singular coincidence of his name and disposition, has obtained the nickname of the Sapient Pig, undertook for a trifling wager to eat a raw rabbit, which he devoured as hungrily as a ploughman would a beef-steak pudding, picking the head and legs in clever style. He is in a short time to eat a cat in the same raw state, for which purpose he has had a tooth drawn, which troubled him when tearing to pieces his raw meal.

3. I was also instantly reminded of Passerine's tanager (more commonly Passerini's but never mind that), a name that borders on tautology (tanagers being by definition passerines). (HT Jenny Davidson.)

4. The Philip Larkin toads trail in Hull (via Calista). It seems to me that there's a crude chiasmus in the fact that Larkin had a toad squatting on him, while Toad of Toad Hall was on a perpetual lark.
Posted by Zed at 1:49 PM