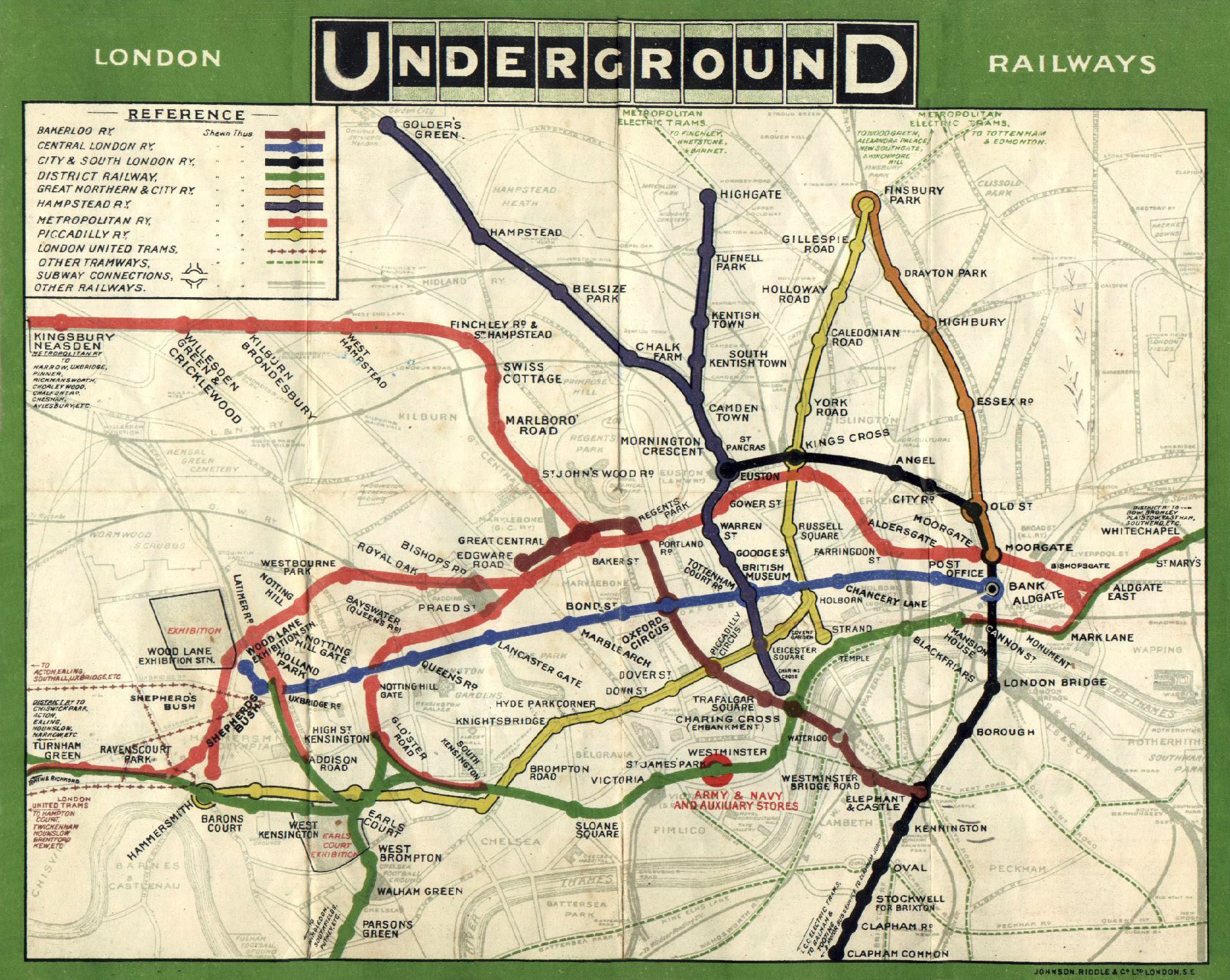 Earlier today @LondonReview dredged up a delightful James Meek essay from 2005 on the history of the Tube. I am tempted to quote at inordinate length but shall try to restrain myself...

On the initial days of the Underground:


After all, who, before the Underground, was under the ground of London? Rats, the dead, and those brave few whose job it was to build and maintain sewers. No wonder the Times referred to the ‘foul subsoil of London’ and contemporaries talked about ‘trains in drains’. Never mind the generous compensation paid to the wealthy for driving the Metropolitan across their land. Never mind that the Metropolitan’s route avoided posh areas wherever possible, digging up roads and demolishing the dwellings of the poor instead. Never mind that the Metropolitan, when it began running, had separate compartments for three classes of passenger. It was still strange to have trespassers running beneath your property. When the first section of the District Line, from South Kensington to Blackfriars, was built between 1865 and 1870, Lord Harrington forbade the construction of ventilation shafts on his Kensington estate. Train whistles were not allowed to sound near Temple, except in an emergency, for fear of breaking the concentration of barristers. Lord Palmerston, Britain’s 79-year-old prime minister, declined to attend the opening of the Metropolitan, saying that at his age he would rather stay above ground for as long as he could.

On the Tube during WW1:


From 1914, Tube advertising played to people’s fears. ‘It is bomb proof down below,’ one ad read. ‘Underground for safety; plenty of bright trains, business as usual.’ Another read like a sinister piece of verse:


Never mind the dark and dangerous streets
Underground
It is warm and bright
Be comfortable in well-lit trains and read the latest war news.

(An aside: I've lately been obsessed with metanalysis; in this spirit -- ouzel having been metanalyzed in the Middle Ages to nosyll -- I mentioned to a friend that the Douche N Ouzel would would be a good name for a bar and he replied that so would the Oozing Douche. It seems to me that virtually all American pubs of a certain type are named after one of these templates. An ouzel pub would, for etymological reasons, have to serve Amstel.)

(Another aside: I badly wanted to like Seamus Heaney's District and Circle but found it a horrible letdown.)
Posted by Zed at 9:02 PM