Some thoughts re voting systems 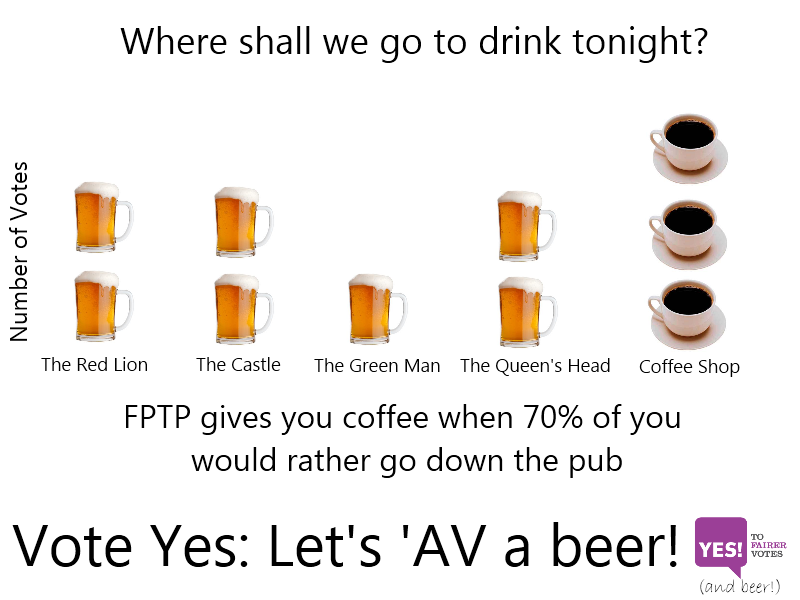 I'd been meaning to write a post on this during the AV referendum debate, but never got around to it; the proximate impetus was a New Republic article by Jonathan Bernstein on letting parents vote on behalf of their kids. Too lazy to connect my thoughts, hence a bulleted list.
This brings us to Bernstein's arguments re "interests" -- a pet theme of his is this notion that people both do and ought to vote their interests (which would justify unapologetic people-like-me votes); he wants to argue that, because we treat parents as representing their kids' interests in general, we ought to consider letting them be electoral representatives as well. One reason this seems absurd is that people care about social issues, and the youngest actual voters as a bloc disagree thoroughly with their parents as a bloc, so the extrapolation to kids defies common sense. However I'd tend to respond to it in terms of the framework outlined above: there is no imminent threat of a kids' uprising, so whether we should give them proxy votes depends on the probable consequences -- i.e., increased representation rel. to present of views that are associated with parents -- and should be judged based on those consequences. Which, as I've remarked in the past, I think are bad.
Posted by Zed at 3:17 PM