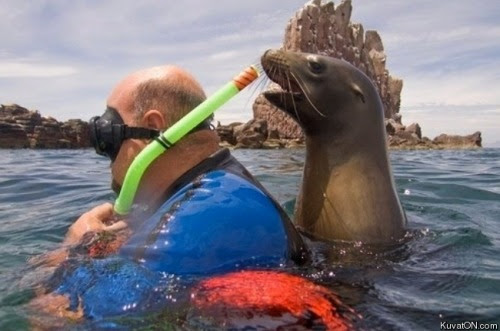 Jeremy sent along this NYT headline, which appeared on his screen as:


One Out Away, Red Sox Lose to Seal
September Meltdown

There's an additional layer to this for Arrested Development fans, "lose" near "seal" being reminiscent of the bit where Buster has his arm bitten off by a loose seal. And perhaps yet another layer for Kit, who is/was fascinated by the musician-and-Heidi-Klum-husband Seal. And we haven't even brought in SEALs, but there would have been nothing surprising about the Sox losing in that case.
Posted by Zed at 11:43 PM